It’s All in the Details: Countertop Edges

The reason that people remodel their kitchens or bathrooms is to create the design of their dreams. In order for the room to come together perfectly, every little detail has to be in order—even details as seemingly inconsequential as countertop edges.

Here’s a hint: Countertop edges are not a small detail by any means. They have the power to change the entire feel of your remodeled room. Many customers aren’t aware of this, though, and they leave the decision about their countertop edges until the last minute.

Sanford Granite is the expert of all things countertop, including edges, and we want to share our professional knowledge with our customers so you can feel just as knowledgeable, right down to the fine details.

We compiled a list of the most popular styles of countertop edges so you can find an overview of what you need to know—all in one place. 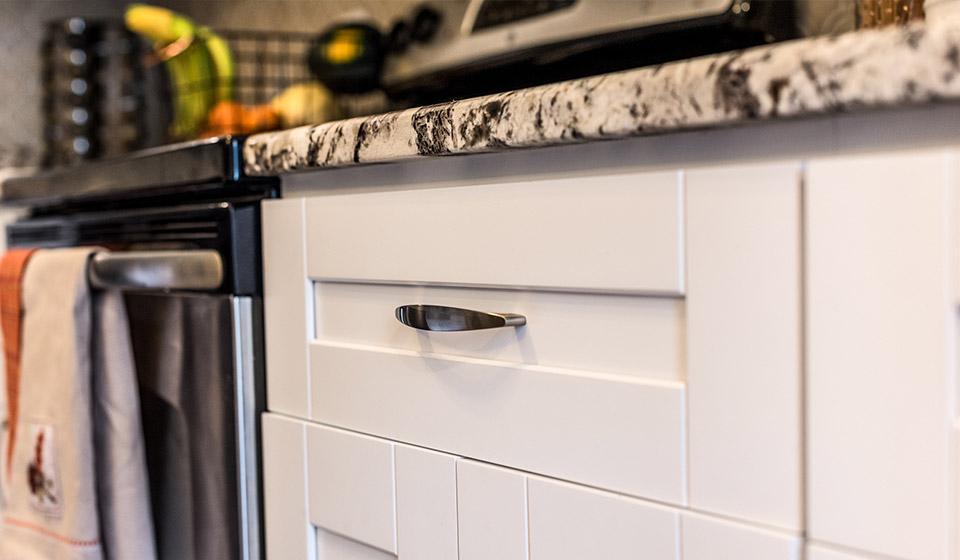 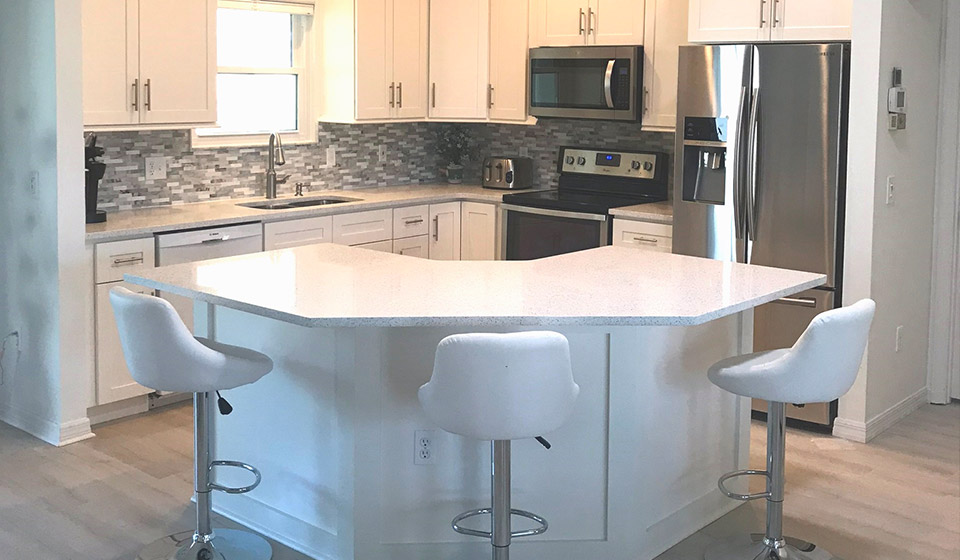 This type of edge works best in a room that gets plenty of natural light because it adds to the bright and sunny atmosphere. The way that the beveled edge does this is by reflecting the light from the edge, which sends the light around the room and heightens the mood. For a single bevel, there’s a cut 45 degrees down the edge, and for a double bevel, there is a cut on the top and bottom edge.

The square edge sounds sharper than it is, being that it’s rounded by a “kerf” cut into the edge—so it’s not a dangerous, dramatic edge. It does fit well with kitchens that are styled more modernly or contemporarily, though, as it gives off an elegant and sophisticated look.

On an eased edge, the top is rounded while the bottom remains square. It’s somewhat similar to the square edge but not completely identical. It’s more rounded, so it gives off a warmer vibe and won’t make indentations on your skin when you lean on it.

This is an edge that partners best with granite countertops because it makes the granite look even thicker than it is. The bullnose edge is known best for its soft corners, which help spilled liquid drip down the cabinets instead of falling straight to the floor and making a mess.

If you’re looking for a middle ground between the square and the bullnose edge, look no further than the half-bullnose edge. The top of this type of edge qualifies as bullnose, and the bottom is squared off, so instead of spills dripping down the cabinetry, they’ll fall to the floor and save your cabinets from the mess.

This is yet another style of edge that borrows from the bullnose style. The Dupont edge has a straight surface that then dips into a curve, and it’s one of the most commonly used styles of edges on the market because it looks great with any type of countertop.

This is another type of edge that can make your countertop look thicker without actually adding weight. The miter accomplishes this by wrapping the countertop itself around the sides with a thickened frame.

The French Cove edge borrows from the Dupont but in a much more relaxed style. It pairs well with marble countertops because of its elegant and luxurious vibe—with a bullnose cut that gracefully forms into a square.

The ogee edge also borrows from the bullnose, but instead of a sudden drop, it has an S curve with a straight surface that curves down.

The chiseled edge is exactly what it sounds like. Instead of being fine and polished, it’s rough and natural—sometimes also called the “broken” or “rock face” edge. It’s best in kitchens that are more rustic and can benefit from an earthy look.

This type of edge has an L cut that makes it look like a one-step staircase. It goes well with quartz countertops because of how sleek it is, and it looks great in any style of kitchen or bathroom remodel.

Living On The Edge

The edges of a countertop are far from an unimportant detail. Even though it may seem like an inconsequential decision, edges have the power to tie an entire room together.

Sanford Granite wants to make sure that you’re well-informed enough to make a decision about countertop edges. If you need help choosing the right edge or are interested in a free consultation, give us a call at (407) 490-4895.

Get a Free Countertop Estimate

Menu
Tap to CallGet a Quote